Allertol can save money with less need for decongestants and nasal sprays, nasal strips and doctor trips, and reduces the need for sinus surgeries.

Multiple body systems can be affected by delayed food allergies producing  multiple symptoms including nighttime nasal blockage with snoring, restless sleep and fatigue.  Chronic throat clearing and nagging  cough are common.  Shortness of breath sensations and a lump in the throat sensations can cause anxiety.  Eczema, rashes and skin itching can occur.

Delayed food allergies can be responsible for GERD, abdominal pain and bloating, IBS-Diarrhea, Eosinophilic Esophagitis (EoE) with trouble swallowing and itching of the middle of the upper back.

Since 2007, thousands of patients have benefited from the Allertol Method for relief of multiple chronic common system symptoms. 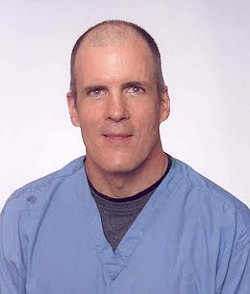 Education
A Texas native who grew up in Fort Worth, Dr. Shea attended Paschal High School, Tarrant County College, and then University of Texas at Arlington, where he graduated with a Bachelor of Science degree.   He then attended the University of Texas Medical Branch in Galveston where he finished medical school in 3 years, completed 2 years of general surgery, and 3 years of otolaryngology / head and neck surgery residency.  In 1979 became certified by the American Board of Otolaryngology / Head and Neck Surgery after scoring in the top 10 out of 500 on this national board exam.  That same year, he started practicing Otolaryngology in Fort Worth.

Fresh from his training program in Galveston, Dr. Shea attended a lecture in Dallas in 1980 presented by the renowned Harvard trained allergist, Dr. Theron Randolph. Presented was the concept of delayed immune allergies to multiple common foods, and multiple system symptoms that can be produced.  He also discussed the oral route for immunotherapy.  In 1982, Dr. Shea began offering allergy drops to his patients. In 2007, after 25 years of evaluating allergy drops, the Allertol Method was born, providing an effective and lasting simple solution for multiple chronic symptoms.

Finally, the solution was found:  the Allertol Method of sublingual testing and treatment for common food allergies resulted in resolution of nasal congestion, migraines, GI upset and an irregular pulse. These problems have not returned, after many years !

Patents for the method of testing and treating delayed food allergies were awarded in 2014 and 2018.